The Shocking Truth On Why Graham Crackers Were Invented!

Graham was an American Presbyterian minister who was convinced that sexual urges were making people physically ill and leading to depravity. To combat these addictions and the moral decay of America, he advocated for a simple diet that included Graham Crackers. He believed that the bland taste of the crackers would discourage people from thinking about sex. 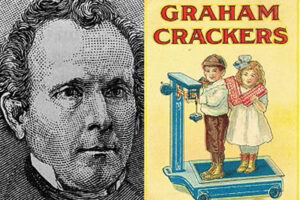 WHY WAS THE GRAHAM CRACKER INVENTED?

As Reverend Graham’s fame spread, “Grahamism” became a movement, and people inspired by his preaching began to develop and market Graham Flour, Graham Bread, and Graham Crackers.  The mass production of Graham Crackers allowed people from all over the United States to purchase them at their local market. 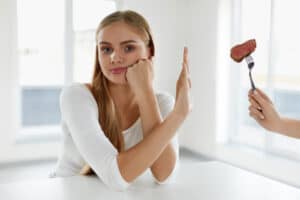 Reverend Graham ran health retreats in the 1830s, promoting a bland diet that banned sugar and meat.  His diet was somewhat revolutionary at the time.  Graham’s views planted the seed of Veganism in America.  But he didn’t just cut sugar from his diet, he actively refrained himself from the simple pleasure of caffeine, tea, spices, seasoning, butter, and literally anything else that tasted good.

In addition to Graham Crackers, Reverend Graham is also credited with founding one of the first Vegetarianism movements in the United States and is regarded by some as the “Father of Vegetarianism”.  In 1850, Alcott, William Metcalfe, Russell Trall, and Graham founded the American Vegetarian Society in New York City.

Reverend Graham’s death in 1851 is subject to much speculation.

Historian Stephen Nissenbaum says that Graham died “after violating his own strictures by taking liquor and meat in a last desperate attempt to recover his health”. The New England Historical Society, however, claims that he died “after receiving opium enemas on his doctor’s orders.”

For more fascinating stories about the food we eat, click here and learn more.

Why were chainsaws invented? You won't believe the answer!