Where is Hollywood? It’s to the west and northwest of downtown Los Angeles, California. When you hear the word “Hollywood,” what do you think? For many people, Hollywood is synonymous with the movie industry. But there’s more to Hollywood than just movies and television. In fact, Hollywood is a neighborhood in Los Angeles, California, and it’s home to some of the most iconic places in American pop culture. Here’s a quick guide to some of the most famous places in Hollywood. 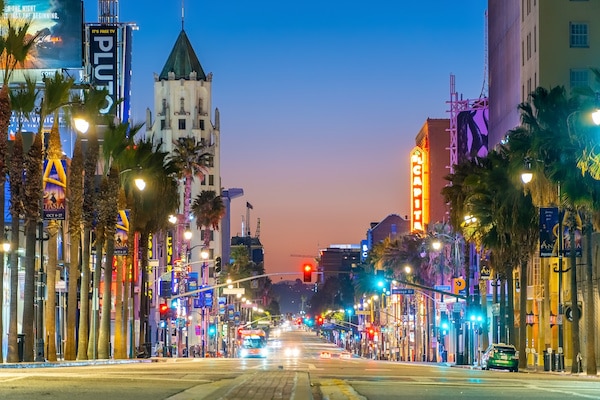 WHERE IS HOLLYWOOD BOULEVARD?

No visit to Tinseltown would be complete without a walk down Hollywood Boulevard. This historic 4.598-mile boulevard is a major east-west street in Los Angeles. It begins in the east at Sunset Boulevard in the Los Feliz district and proceeds to the west as a major thoroughfare through Little Armenia and Thai Town. After crossing over Fairfax Avenue, Hollywood Boulevard ends at a stop sign at Laurel Canyon Drive and continues northbound as a residential street, going up in the hills and canyons. Hollywood Boulevard is lined with theaters, shops, and restaurants, and it’s also home to the iconic TCL Chinese Theatre and Hollywood and Vine, where the Academy Awards are held each year. If you’re lucky, you might even spot a celebrity or two! 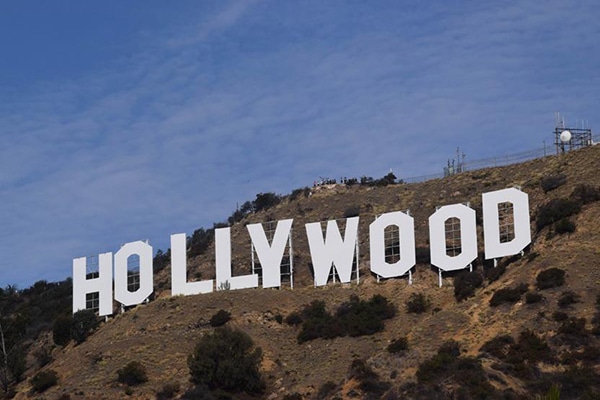 Of course, no discussion of the movie capital of the world would be complete without mentioning the world-famous Hollywood Sign. Originally erected in 1923 as an advertising campaign for a new housing development, the temporary sign read Hollywoodland. Eventually, the sign was renamed Hollywood, and in 1978 a more durable all-steel sign measuring 45-foot-tall and 350 feet long was installed. The sign has become one of the most recognizable landmarks in the world. Visitors can hike to the sign from the Bronson Canyon entrance to Griffith Park or the Griffith Observatory. There is also a trailhead near the Lake Hollywood Reservoir outside Griffith Park, where you’ll find a popular scenic vista point.

WHERE IS GRAUMAN’S CHINESE THEATER?

Another must-see on Hollywood Boulevard is Grauman’s Chinese Theatre, located on the historic Hollywood Walk of fame at 6925 Hollywood Boulevard. This world-famous movie palace opened its doors in 1927 and has since been host to some of Hollywood’s biggest premieres. Today, you can still see movies at Grauman’s—or take a tour and see some of the hands and footprints left behind by Tinseltown’s biggest stars.

AND NOW YOU KNOW

There’s more to Hollywood than just movies and television—although that is definitely a big part of its appeal! From historic theaters to world-famous landmarks, there’s something for everyone in this iconic Los Angeles neighborhood. So, whether you’re a film buff or just looking for a fun place to explore, be sure to add Hollywood to your list of must-see destinations.

If you enjoyed this Useless Knowledge post, you should check out 11 Tips for Beating the Claw Machine so you can win big on your next vacation!

Baby Pigeons: Why don’t we see them?

Jeff Bezos Girlfriend: Who is She?